The environmental project in the Est sector allow to stem the flow of contaminated water into the St. Lawrence river. For 100 years, the shore of the St. Lawrence River was used as a landfill for industrial and household waste that has caused major contamination problems.

The Solution Bonaventure Environmental Project, which was launched in June 2016, now provides concrete solutions to stop these petroleum hydrocarbons contaminated with polychlorinated biphenyls (PCBs) from flowing into the river. In this sector, a 1.2-kilometre-long retaining wall was built using an innovative method called deep soil mixing—a first in Quebec—to contain and capture PCB-contaminated hydrocarbons and properly dispose of them.

The recovery system includes extraction chambers and lines connected to each of the 127 pumping wells. Every month, those pumping wells retain and pump approximately 10,000 litres of contaminated water that contain an average of 160 litres of diesel with a PCB concentration of 250 ug/L, which is 4 million times above the standard for water discharged into the river. This system is connected to two pumping stations at each end of the site near the Clément Bridge and Victoria Bridge. They collect the contaminants, which are then disposed of safely as per the applicable legislation. 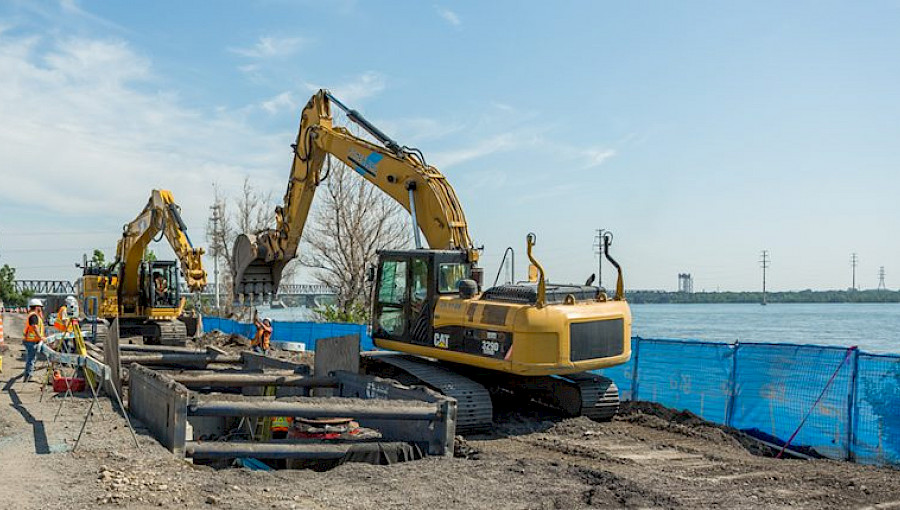 “Our teams are motivated and have worked rain and shine to install the extraction chambers and lines. The location, linear dimension and narrowness of the site constantly bring new challenges,” explained Patricia Carrier, Engineer, Construction, who is working to the project. “Right now, our teams are installing the extraction chambers and lines and building the recovery stations,” added Patricia.

The site has been operational since spring 2018.

See all the news
2 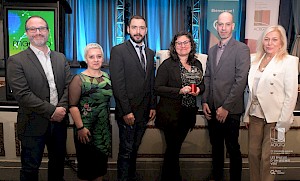 On January 18, JCCBI and NHSL received the road engineering award in sustainable development from the…
Read more
3 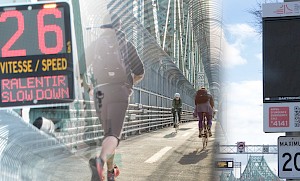 Active mobility on the…

To improve the experience and safety of active mobility users, JCCBI has put up devices at strategic…
Read more
4 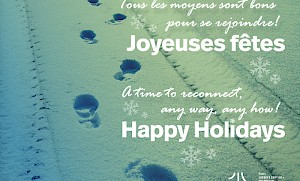